I had the chance to chat with author Amara Lynn recently about their upcoming book, Falcon, third in a series. It continues the story of Avari, a monster-fighting college student with superhuman abilities, through an urban fantasy, new adult romance that has consistently received immensely positive reviews for its story, characters, and well-crafted enemies-to-lovers arc, all tied up with a neat little LGBTQ+ bow.

But the author’s journey toward publication is as interesting as any fiction, and they were kind enough to share a bit of that journey. Here’s what they had to say:

The story of how Falcon came to be is an interesting one. I think (haha).

In August 2017, my first book, and what would become the first in this series, Masks, was released. The whole story about how that came to be is a long one in itself, but to summarize, Masks, while not the first thing I ever wrote, was the first thing I ever finished. It was first accepted by Less Than Three press (LT3) when they were still around, and my first editing experience was… a bit of a nightmare. Long story short, I rewrote the book, learning a lot in the process, and I’ve learned even more since then.

Masks released originally in August of 2017. In April of that year, I’d rewritten the whole thing, and what is out in the world now is that version. One of the things that I was glad to be able to do in rewriting it was set it in a real place, the Bay Area of California, which I visited in 2016. Several of the real places had an impact on me, and I was able to work them into the story.

Fast forward to NaNoWriMo 2017 now with me for a bit. I’d known of NaNoWriMo (National Novel Writing Month) since about 2010, and I’d always wanted to do it, but never fully made a commitment and followed through with it. If you aren’t aware of what NaNoWriMo is, it’s a month-long writing challenge every November to write a book (50,000 words to be precise) in just 30 days.

Back in April of that year, I rewrote Masks, which was about 20,000 words, in four weeks. Suddenly, the idea of writing 50k in a month didn’t seem so out of reach. I’d been brewing ideas for what other adventures I could take Avari and Chayton on, and I’d compiled a document of notes, which served as my outline. So, for the first time, I felt ready to actually write 50k in one month.

What I ended up writing during that month was the sequel to Masks, titled Raven, as well as starting the first draft of Falcon, which I got about halfway through. I ended up finishing Falcon‘s first draft in March of 2018.

So even though I finished a draft in 2018, and I’m an indie author, why did it take three more years? There are a few reasons.

The first thing that happened was that my first book was still with LT3 press. I decided to go ahead and submit Raven to them and see what happened. They accepted it readily, and it went into the queue to be edited by their team. My first experience was rough, so I was fully expecting some big edits to happen and…they didn’t. It also took quite a while to get those edits back. Things were moving rather slowly, and I wasn’t happy there, so I decided to pull my books and self publish them, after learning more about the self publishing process.

I republished Masks in February 2019, and published the sequel, Raven, in May 2019. At this point, I still had Falcon‘s draft from 2018 still sitting. It didn’t feel quite right. There was something missing. It needed to be fixed, and I wasn’t sure how to fix it quite yet. So, I decided to focus on some of my other stories during 2019.

By NaNoWriMo in 2019, I thought I’d figured out what Falcon needed, so I made an attempt at a new draft, using some of the bones in my first draft. I split my writing between Falcon and another project that month, and I was still having some trouble finding my way at first, but I ended up completing the second draft in early 2020. There was still one problem, and that was… I needed an editor.

Not just some one time person who would edit the current book without knowing the full history, everything I’d been through so far. I wanted someone who would invest the time in the series as a whole, would have the full picture.

I still don’t know quite how, but the universe aligned, and I met my current editor through a discord server. They’d been following me on Twitter for awhile,, though we hadn’t really spoken much. I ended up inviting them to my server and talking to them more, and we decided to work together.

So, we all know what happened in 2020 with the pandemic, of course. That made things hard on everyone, and it took me most of the year to get through rewrites for Falcon. But I endured, and I finally had an editor on my side who helped me dig deeper into my characters and story than I ever had before. I kept pushing, kept learning, and the next draft of Falcon ended up being a whopping 60k words! (For comparison, my first draft was 32k, and my second draft was 35k).

I’m so incredibly grateful for my editor, and that I didn’t give up, and I made it here to share this book with you all. And as far as future plans go, I’m hoping to keep working on Avari and Chayton’s story by rewriting Masks and Raven with my editor, and then continuing the story where Falcon left off.

It’s been a long, long journey, and a tough one, and I came out the other side just a little bit more of a mess, but I’ve learned so, so much.

If you decide to give Masks a try, I hope you’ll enjoy the ride. It gets better as it goes along, but it never ceases to be full of heart and love.

Amara Lynn has always been a quiet daydreamer. Coming up with characters and worlds since childhood, Amara eventually found an outlet in writing. Amara loves anything to do with pirates, villains and superheroes, and angels and demons.

Amara is addicted to music and gets the most inspiration from moving songs and lyrics. When not writing, Amara usually reads, listens to podcasts, watches anime, plays a video game here and there (but mostly collects them), and takes way too many cat pictures. 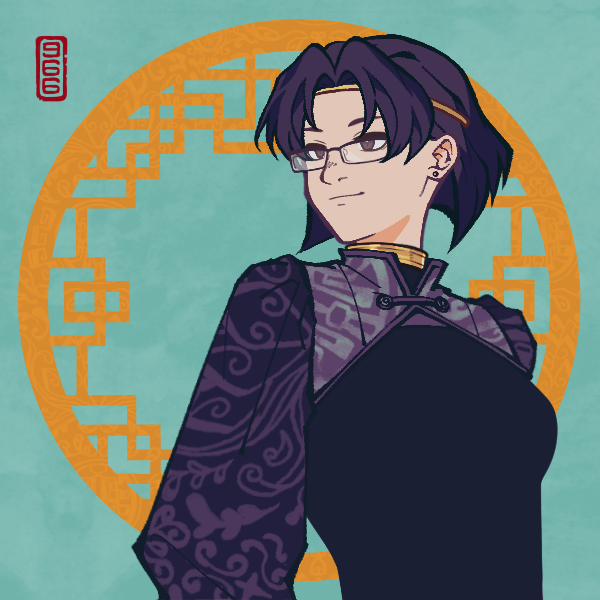 Being Social is All Write!